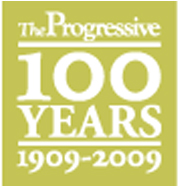 Citizens have the right to talk back to the police

President Barack Obama reached the wrong conclusion on the controversy between the police officer and the professor.

He said both people overreacted, and by bringing them to the White House for beers, he sought to make the controversy go away.

Instead, as someone who has sworn an oath to uphold the Constitution, he should have taken an unequivocal stand for free speech.

Citizens in this United States have the right to talk back to the police. The cops are not the Gestapo. We should not conclude from this incident that we need to be more servile. Instead, we should conclude that police abuse their authority when they slap a “disturbing the peace” or “disorderly conduct” charge on someone who is standing up for his rights.

How did Billey Joe Johnson die?

On December 8th [2008], 17-year-old Billey Joe Johnson died from a gunshot wound to the head. Police say he killed himself with a shotgun after being stopped for a simple traffic violation in Lucedale, Mississippi.1 Several things seem to cast doubt on the official story, including an independent investigation that concluded it would have been impossible for the shot that killed Johnson to have been self-inflicted. 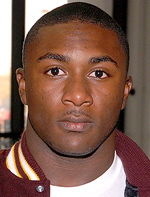 Many on the ground smell a murder and a cover-up. We don’t have all the answers, but it’s clear that in the racially divided town of Lucedale, all the ingredients exist for a miscarriage of justice.

Your voice can help ensure that the District Attorney feels the presence of a national spotlight when he presents his findings to a grand jury on Monday. Let him know that anything short of a thorough investigation will result in massive attention and a call for outside intervention.

Can you lend your voice to demand justice for Billey Joe? END_OF_DOCUMENT_TOKEN_TO_BE_REPLACED