The Savannah River Site will be opening its gates to the general public again this fall.

“Act NOW if you want to go on one of these SRS tours. You’ll learn something about the site and it’s a great place to ask hard questions before Aikenites who need to hear more than the DOE line on their local nuclear site,” Tom Clements.

A pilot program conducted in March confirmed that the public is very much interested in learning about the past, present and future of SRS. Online registration for the first tour filled 300 seats in less than 24 hours.   Based on the interest in the pilot program, the U.S. Department of Energy is reinstituti ng the public tour program, with eight tours that will begin in September and will include a few added features.

“Feedback from the pilot program told us the public wanted more so we’ve lengthened the tour agenda and included a stop at the Savannah River Ecology Laboratory,” said Jeff Allison, DOE-SR manager. “We’re also including drive-by tours of both Dunbarton and Ellenton, former towns that were relocated when the government began constructing SRS in the early 1950s.”

Tours will last about four hours and will begin and end at the Aiken County Center for Hydrogen Research campus near the Site.

Participants will be required to provide their Social Security number on the day of the tour, with security checks to be conducted prior to each tour.

For more information or to register for a tour, visit0Awww.srs.gov and click on “About SRS” for the SRS Tour Program or use the direct link to www5.hanford.gov/srstours. 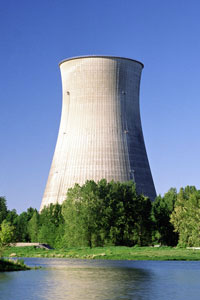 Do you want DOE at the to add you to a new e-mail list (as part of an effort by them to do better outreach to the concerned public about future use of the site)?

If you been following the vague DOE proposals for “energy parks” at the Savannah River Site in South Carolina or at Piketon in Ohio, you will know that I have been pushing DOE for not having a clear “energy park” policy and for failing to involve all stakeholders and the public in the decision-making process involving future use of the sites.  At SRS, amongst other things, the SRS boosters still have their eyes set on a reprocessing “park,” which DOE officials have urged them to pursue, and at Piketon a consortium of Duke and Areva has announced the aim is to build an EPR reactor at the site. The public has so far been cut out of any planning with DOE on these projects or any other possible uses of the sites.

(I’m attending the SRS Citizens Advisory Board this afternoon and all day Tuesday and will have my ears open to anything said about the “energy park” idea.)

In response to my concerns, a DOE Assistant General Counsel recently wrote to me and said that “my office and DOE,’s Savannah River Operations Office (Operations Office) are in active discussion, and the Operations Office is currently working to establish a process that will provide transparency and meaningful public participation in relation to plans to utilize land at the Site as an energy park and with regard to relevant NEPA procedures.”

As part of what I assume is the above transparency effort mentioned above, DOE-SRS e-mailed me last Friday and said that “We are trying to expand our notification to include you and other non government organizations interested in SRS.”  The e-mail went on to ask if I would help them pull together a list of NGO contacts, which would want to receive information from DOE about things at SRS.  I don’t know if DOE is making this effort at Piketon or other sites but what they do here may be indicative of how DOE handles the “energy park” approach at other sites.

While I don’t want to be doing DOE’s work, I do think it important that any groups, which want to be informed of things happening at SRS, particularly about planning for any “energy park,” be on this list. They should have been doing a better job at outreach in the past but I am willing to help them get better in working with environmental stakeholders and not just with contractors and local special interest groups.  We need to let them see that NGOs a re concerned about what happens at the site for any “energy park” proposals so I hope many of you will want to be on their list.

Thus, if you want your organization to be on DOE’s notification list for SRS activities, please affirm your interest to me and I’ll pass your name, organization name and e-mail address on to the SRS Office of External Affairs.

THE PEACE | BAN THE BOMB SYMBOL

Peace Action has been asked by Alliance for Nuclear Accountability to create a website to keep track of upcoming Hiroshima and Nagasaki events for the wider anti-proliferation and progressive communities.

To register your events directly you may go here.

By registering your events before registration “goes public,” you’ll have the opportunity to advertise to others in your community first. Registration will also benefit you by allowing members of your community who aren’t in your organization to connect with you and attend your event. You will also be able to send out e-invites and search for other events across the country with our new tools. Lastly, registration will benefit the entire movement to end the proliferation of nuclear arms by showing just how many people across the country care about this issue.

Soon, Peace Action will send out to our over 100,000 email lists to invite the public to attend events in the area and we are encouraging other organizations to send to their lists. We are also collecting documents to help people organize their own events.   So please send your documents along to Dave Kunes –dkunes@peace-action.org, who put the site together or 301.565.4050 x 316 | 951.217.7285 cell.

Please fund our important work and join 100,000 other members or sign up for our free action alert list (about one email a week) at http://www.Peace-Action.org.

[Note – Though we have known these general figures, DOE has today issued a news release on what the sites are getting in “clean up” stimulus funds, including $1.96 billion to Hanford and $1.61 billion to SRS. DOE-EM continues to insist that these funds will be used leveraged into “energy parks,” which DOE has made clear could include commercial spent fuel storage and reprocessing at SRS if the “community” (aka contractors) wants it. Tom Clements]

Energy Secretary Steven Chu today announced $6 billion in new funding under the American Recovery and Reinvestment Act to accelerate environmental cleanup work and create thousands of jobs across 12 states. Projects identified for funding will focus on accelerating cleanup of soil and groundwater, transportation and disposal of waste, and cleaning and demolishing former weapons complex facilities.

“These investments will put Americans to work while cleaning up contamination from the cold war era,” said Secretary Chu. “It reflects our commitment to future generations as well as to help local economies get moving again.”

These projects and the new funding are managed by the Department’s Office of Environmental Management, which is responsible for the risk reduction and cleanup of the environmental legacy from the nation’s nuclear weapons program, one of the largest, most diverse and technically complex environmental programs in the world.

The states and DOE sites that will receive this funding include:

END_OF_DOCUMENT_TOKEN_TO_BE_REPLACED

Will Jenkinsville, South Carolina be the Center of the Nuclear Industry’s Revival? | By Michael Berg

In the gymnasium of an elementary school in Blair, South Carolina, staff of the Nuclear Regulatory Commission (NRC) gathered to listen to public comment on the potential environmental impact of two new nuclear reactors proposed for construction V.C. Summer Nuclear Station in nearby Jenkinsville. “You have insight and knowledge that we don’t,” NRC Project Manager William Burton told the crowd of around 100 people. “We want you to participate in this decision. An educated consumer is our best customer.”

After a short presentation by NRC staff, Jenkinsville Mayor Gregory Ginyard was not impressed. “I live a mile and a half from the plant,” he stated. “I’m the mayor. They want me to represent them. And I don’t know what you want. Where I live we don’t have environmentalists. You guys need to educate us. The people of Jenkinsville, we are on the front lines.”

Ginyard, 52, grew up in Jenkinsville and has lived in this small, predominately African-American town all of his life, half of which he has spent in the shadow of V.C. Summer’s nuclear reactor, which was built in the late 1970s and came on line in 1982. At that time, South Carolina Electric and Gas (SCE&G) confiscated 60 acres from his father’s property for the plant, compensating the family $1,000 per an acre. Now as the first mayor of the newly incorporated town of Jenkinsville, he is caught in the middle of a battle between two utility companies and South Carolina’s small but energetic community of anti-nuclear activists, in a battle of national importance. If the plans of the privately operated SCE&G and unregulated state utility Santee-Cooper go forward, V.C. Summer Reactors 2 and 3 will likely be the first new commercial reactors in the United States to begin construction in almost 30 years.

These are reasonable concerns for this poor, aging community. The town’s average annual household income is only $24,000 and the average resident of Jenkinsville is almost forty years old. The first reactor at V.C. Summer has failed to produce prosperity for the town. “Thirty years ago when the plant came, Jenkinsville was pretty rural and people were pretty much uninformed. It was just like today, but we had more in this community back then. There were three stores and other things that were closed down and boarded up. Jenkinsville is worse off today than when the plant moved in.” END_OF_DOCUMENT_TOKEN_TO_BE_REPLACED