Tag Archives: Martin Luther King Jr | Where Do We Go From Here

Martin Luther King Jr. | Where Do We Go From Here? 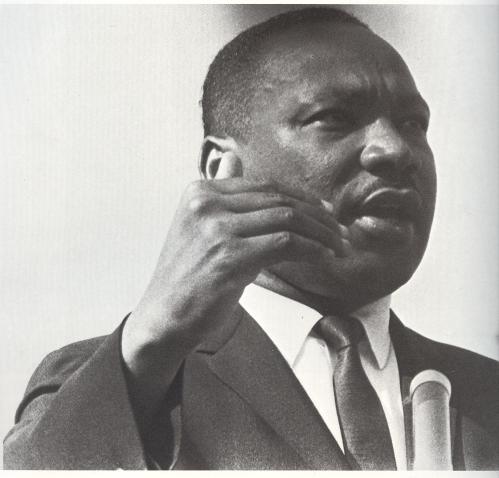 Now, in order to answer the question, “Where do we go from here?” which is our theme, we must first honestly recognize where we are now. When the Constitution was written, a strange formula to determine taxes and representation declared that the Negro was 60 percent of a person. Today another curious formula seems to declare he is 50 percent of a person. Of the good things in life, the Negro has approximately one half those of whites. Of the bad things of life, he has twice those of whites. Thus half of all Negroes live in substandard housing. And Negroes have half the income of whites. When we view the negative experiences of life, the Negro has a double share. There are twice as many unemployed. The rate of infant mortality among Negroes is double that of whites and there are twice as many Negroes dying in Vietnam as whites in proportion to their size in the population.

In other spheres, the figures are equally alarming. In elementary schools, Negroes lag one to three years behind whites, and their segregated schools receive substantially less money per student than the white schools. One twentieth as many Negroes as whites attend college. Of employed Negroes, 75 percent hold menial jobs.

This is where we are. Where do we go from here? First, we must massively assert our dignity and worth. We must stand up amidst a system that still oppresses us and develop an unassailable and majestic sense of values. We must no longer be ashamed of being black. The job of arousing manhood within a people that have been taught for so many centuries that they are nobody is not easy.

END_OF_DOCUMENT_TOKEN_TO_BE_REPLACED

Tagged as Civil Rights, Martin Luther King Jr | Where Do We Go From Here