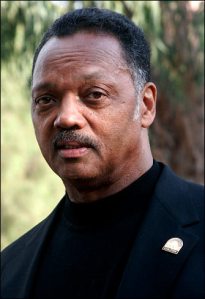 My right and my privilege to stand here before you has been won, won in my lifetime, by the blood and the sweat of the innocent.

Twenty-four years ago, the late Fannie Lou Hamer and Aaron Henry — who sits here tonight from Mississippi — were locked out onto the streets in Atlantic City; the head of the Mississippi Freedom Democratic Party.

Many were lost in the struggle for the right to vote: Jimmy Lee Jackson, a young student, gave his life; Viola Liuzzo, a White mother from Detroit, called “nigger lover,” and brains blown out at point blank range; [Michael] Schwerner, [Andrew] Goodman and [James] Chaney — two Jews and a Black — found in a common grave, bodies riddled with bullets in Mississippi; the four darling little girls in a church in Birmingham, Alabama. They died that we might have a right to live.