The Racist Assault on the 14th Amendment

One of the many racist jokes I heard in the 70s during my time in the military starts with two white soldiers on the rifle range. One soldier asks the other how he learned to shoot so well. “I like shooting cans right off the fence,” the other soldier says, “Af-ri-cans, Por-to-ri-cans and Mex-i-cans.”

The joke came to mind when I heard Republican Senator Lindsey Graham of South Carolina saying, “birthright citizenship is a mistake,” followed by his GOP cohorts’ claim that immigrants have “anchor babies” as a way to tie themselves to the benefits of U.S. citizenship. Graham says he’s considering introducing a bill to rescind Section 1 of the 14th Amendment, which generally guarantees U.S. citizenship to those who are born within U.S. borders.

That is not all it does. The section reads:

Also called the “due process” clause or the “equal protection” clause, this part of the 14th Amendment is the very foundation of U.S. civil rights law. The new nullifiers who talk of getting rid of it thus signal the nature of their purpose and the intrinsic unity of those they hold in contempt, like so many cans on the fence.

“Anchor babies” makes for better headlines, and it’s diverting. “People come here to have babies,” says Graham. “They come here to drop a child. It’s called, ‘drop and leave.’ To have a child in America, they cross the border, they go to the emergency room, have a child, and that child’s automatically an American citizen. That shouldn’t be the case.”

“Drop a child.” It’s as if he were talking about animals.

Graham is not up for re-election, but his child-dropping potshot is designed to appease a right wing that is angry because he’s “too liberal,” he’s “no Jim DeMint,” saddled up with the Tea Party and the likes of Ollie North and Tom Tancredo. A Greenville County Republican committee even voted to bar Graham from future meetings and events, censuring him “for his cooperation and support of President Obama and the Democratic Party’s liberal agenda.”
END_OF_DOCUMENT_TOKEN_TO_BE_REPLACED

The New Colossus | by Emma Lazarus 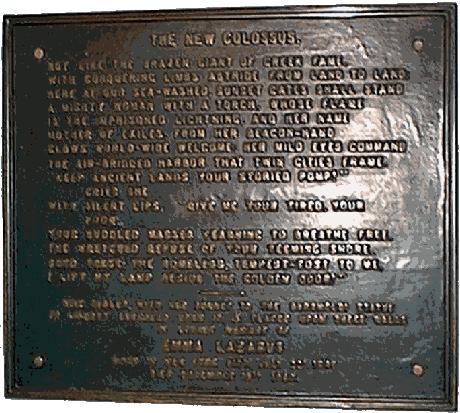 Fill in the Online Petition @  http://www.may1.info/arpaiopetition.shtml to send a message to the Homeland Security Department, President Obama, Arizona Governor Brewer, Congressional leaders, the Arizona Congressional Delegation, the Arizona Legislature and members of the media telling them you want ARPAIO REMOVED IMMEDIATELY and the Homeland Security 287(g) contract with his office cancelled at once!

And on May 1 join thousands and thousands to demonstrate for worker and immigrant rights in cities throughout the country! For more information, go to www.may1.info

The entire country is appalled and outraged at the racist, anti-immigrant actions of Sheriff Joe Arpaio in Phoenix, Arizona.

The actions of Sheriff Arpaio in Phoenix, Arizona extend the militarization of the border to the entirety of Maricopa County. The actions of Sheriff Arpaio and his posse have declared open season on all people of color, including documented and undocumented immigrants, as well as people born in the U.S. The 287(g) Agreement now in place between the Sheriff of Maricopa County and the federal government has been implemented in violation of the constitutional right of Equal Protection and with blatant discriminatory enforcement tactics by Sheriff Arpaio.

I call upon the people of Maricopa County, the local and federal government, and all politicians to stop these perpetrators of hate and fear.

I call for the removal of Maricopa Sheriff Joe Arpaio and for the end to the systematic practice of racial profiling and other discriminatory policies that have fostered a racist and hostile environment against immigrant and indigenous people.

Fill in the Online Petition @ http://www.may1.info/arpaiopetition.shtml