Walter Cronkite on the United States’ “War on Drugs” | “The Drug Dilemma: War or Peace?”

END_OF_DOCUMENT_TOKEN_TO_BE_REPLACED

Bills to Require Drug Testing for Welfare, Unemployment Pop Up Around the Country

With states across the country feeling the effects of the economic crisis gripping the land, some legislators are engaging in the cheap politics of resentment as a supposed budget-cutting move. In at least six states, bills have been filed that would require people seeking public assistance and/or unemployment benefits to submit to random drug testing, with their benefits at stake. 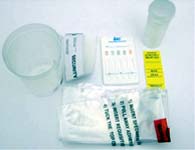 In Arizona, Hawaii, Missouri, and Oklahoma, bills have been filed that would force people seeking public assistance to undergo random drug tests and forego benefits if they test positive. In Florida, a bill has been filed to do the same to people who receive unemployment compensation. In West Virginia, both groups are targeted. In most cases, legislators are pointing to the 1996 federal Welfare Reform Act, which authorized — but did not require — random drug testing as a condition of receiving welfare benefits. But a major problem for the proponents of such schemes is that the only state to try to actually implement a random drug testing program got slapped down by the federal courts.

Michigan passed a welfare drug testing law in 1999 that required all Temporary Assistance to Needy Families (TANF) applicants to provide urine samples to be considered eligible for assistance. But that program was shut down almost immediately by a restraining order. Three and a half years later, the US 6th Circuit Court of Appeals upheld an earlier district court ruling that the blanket, suspicionless testing of recipients violated the Fourth Amendment’s proscription of unreasonable searches and seizures and was thus unconstitutional.

“This ruling should send a message to the rest of the nation that drug testing programs like these are neither an appropriate or effective use of a state’s limited resources,” said the ACLU Drug Policy Litigation Project head Graham Boyd at the time.