Citizens have the right to talk back to the police

President Barack Obama reached the wrong conclusion on the controversy between the police officer and the professor.

He said both people overreacted, and by bringing them to the White House for beers, he sought to make the controversy go away.

Instead, as someone who has sworn an oath to uphold the Constitution, he should have taken an unequivocal stand for free speech.

Citizens in this United States have the right to talk back to the police. The cops are not the Gestapo. We should not conclude from this incident that we need to be more servile. Instead, we should conclude that police abuse their authority when they slap a “disturbing the peace” or “disorderly conduct” charge on someone who is standing up for his rights. 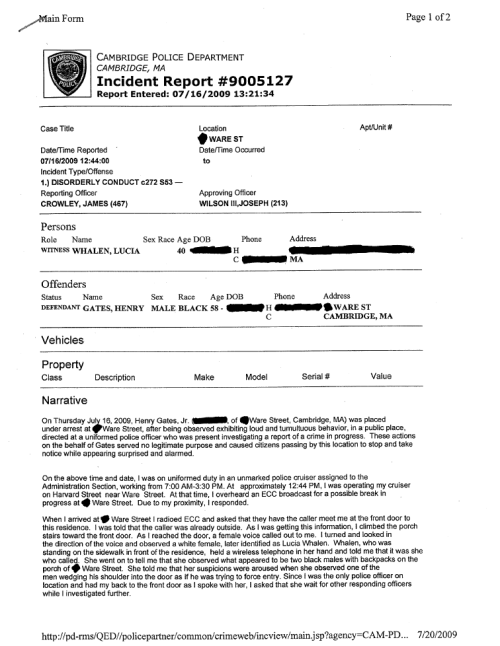