Killing Trayvons ~ “American Violence at the Intersection of Race & Class”

Co-editor [with Jeffrey St. Clair and JoAnn Wypijewski] of Killing Trayvons: An Anthology of American Violence, and author of Waiting for Lightning to Strike: The Fundamentals of Black Politics for an evening of analysis, dialogue and performance.

Gray is a civil rights organizer in South Carolina. He is a contributing editor to Counterpunch, on the boards of RESIST & Savannah River Site Watch. He served as a national board member of the American Civil Liberties Union for 4 years & is a past eight-term president of the South Carolina affiliate of the ACLU.  Advisory board member of DRC Net (Drug Policy Reform Coalition), & was Jesse Jackson’s ’88 SC campaign manager.

“There’s no keener mind, no sharper eye, focused on the condition of black politics. Gray’s take is radical, so his focus is always ample and humane.” 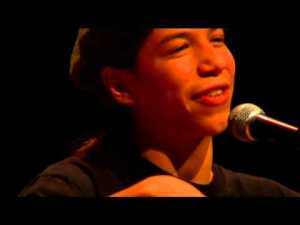 joining Kevin will be Adam Gottlieb

Adam is a poet-emcee/teaching-artist/singer-songwriter/revolutionary from Chicago. As a teen, he was featured in the 2009 documentary film “Louder Than A Bomb.” Since then, he has gone on to perform and teach widely throughout Chicago and the U.S. In 2012 he co-founded the Royal Souls open mic in the East Roger’s Park neighborhood of Chicago. He is a founder of the Chicago branch of the Revolutionary Poets Brigade, and performs with his band OneLove.

Also featuring . . . Chicago poets active in the ‘Let Us Breathe’ and ‘Black Lives Matter’ movement, along with members of high school teams in the 2015 Louder than a Bomb spoken word competition.

The presentation by Gray and the performances by the artists will be followed by a conversation with the author, poets and audience!

Join Us for an evening of analysis, dialogue and performance!

Sponsored by: The Chicago Consortium for Working Class Studies & the RevolutionaryPoets Brigade, Chicago