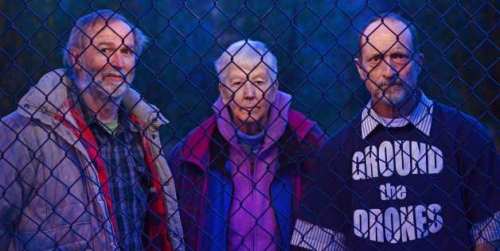 U.S. District Judge Amul Thapar in Knoxville, Tenn. sentenced 84-year-old Sister Megan Rice, a Catholic nun, to 35 months in prison and three years probation. Rice is a sister in the Society of the Holy Child Jesus. She became a nun when she was 18 and served for 40 years as a missionary in western Africa teaching science. Thapar sentenced 58-year-old Greg Boertje-Obed, an Army veteran who lives at a Catholic Worker House in Minnesota, and Michael Walli, a 64-year-old two-tour Vietnam veteran who lives at the Dorothy Day Catholic Worker house in Washington DC, to five years in prison and three years probation as well.

The activists were found guilty on May 8 of sabotaging the plant and damaging federal property at the Y‑12 National Security Complex in Oak Ridge, Tennessee.  Officials said “there was never any danger of the protesters reaching materials that could be detonated or made into a dirty bomb…”

Protesters were engaged in a symbolic act to bring attention to America’s stockpile of nuclear weapons, which they view as both immoral and illegal … 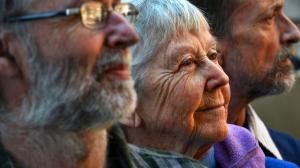 Boertje-Obed, Sister Megan Rice, and Michael Walli are members of Transform Now Plowshares, “an effort by people of faith to transform weapons into real, life-giving alternatives, to build true peace.”

Sister Megan Rice told the judge: “Please have no leniency with me … To remain in prison for the rest of my life would be the greatest gift you could give me.”

Their attorneys asked the judge to sentence them to time they had already served, about nine months, because of their record of good works throughout their lives.

A sentence of time served is fair.

Please sign both of the petitions asking President Barack Obama to pardon the three activists. 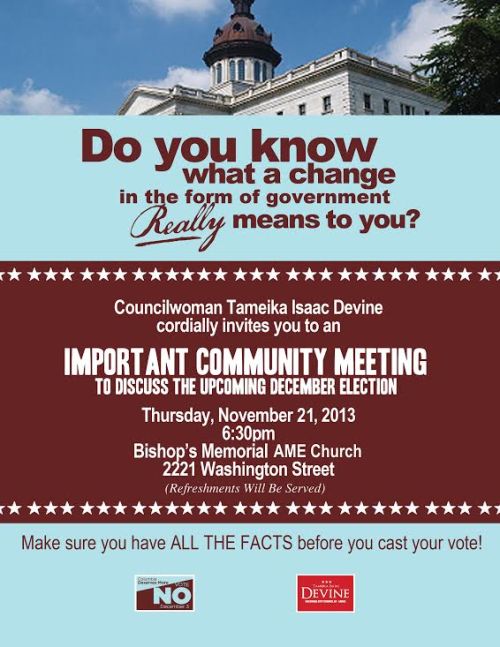 As you know, there is a Special Referendum on Dec. 3 to decide whether the City of Columbia will retain a council-manager form of government or change to a mayor-council form.  I am hosting a community meeting next Thursday, Nov 21 at 6:30pm at Bishop’s Memorial AME Church on Washington St to discuss the ballot measure.

The proponents of the change will spend A LOT of money over the next 2 weeks trying to convince you that we need to change but I would like to make sure you are armed with the practical realities of what may or may not change under a different form of government.  Please share this invitation with your communities and invite anyone interested to come out and find out what this change really means for us as a community.

There are already meetings scheduled for Districts 3 & 4, but if you know of anyone in those districts who would like to attend, please feel free to invite them. 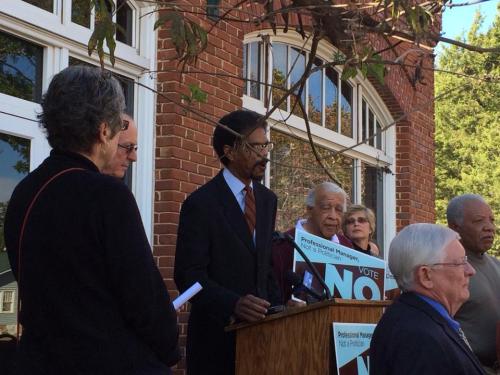 PROTEST AT SC STATEHOUSE TO CALL FOR CEASEFIRE IN GAZA

There will be an emergency Gaza protest on Saturday November 17th at 4pm at the South Carolina Statehouse.

Escalating violence in Gaza between Israel and Palestinian militants took a decided turn for the worse on Wednesday as Israel broke a tenuous truce and assassinated Hamas military commander Ahmed Jabari in a string of airstrikes in Gaza.  Hamas and Palestinian militant groups have retaliated by firing rockets deep into Israel, including at Tel Aviv.  Over twenty Palestinians including children have been killed in the ensuing Israeli airstrikes and; three Israeli civilians were killed when rockets launched by Palestinian militants struck an apartment in Israel, the first Israeli civilian fatalities from rocket attacks this year.  Israeli troops are massing on the border with Gaza and a ground invasion.

“It is well-known that Israel’s targeted killings of Palestinian militants in Gaza provoke rocket attacks in retaliation,” says President David Matos, who has traveled to Israel/Palestine twice on peace missions.  “Israel deliberately escalated the violence by carrying out  this targeted assassination .”  At the same time, Matos notes that “an all out war in Gaza will be literal murder on both Israeli and Palestinian civilians caught in the cross-fire; it will take de-escalation on both sides to avoid that disaster.”

While the parties on the ground must de-escalate to avert further bloodshed, the US has considerable influence over Israel via the over $3 billion in military aid the US furnishes Israel every year.

“We call on President Obama to pressure Israel to stop its escalations and step back from the brink of war,” says Matos.  “If President Obama goes along with more violence, blood will be on his hands.” 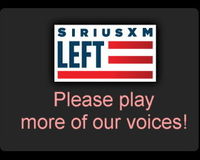 Currently, if any sound-bite is used in an on-air ad or station-ID for SiriusXM Left, it is invariably  something taken from one of President Barack Obama’s recent speeches, press-conferences, etc.

Obama, however, is not the sole spokesperson or representative of the U.S. left/liberal/progressive political movement.  In fact, many of us have come to believe that Obama does not wish to represent our viewpoints in any significant way on any significant issues (war/international-relations, the economy, taxation, education, civil rights/liberties, healthcare, etc.)

We propose using a new collection of sound-bites that still may include the occasional appropriate Obama quotation but, more importantly, would be expanded greatly to include many more statements issued by various well-known (and perhaps some not-so-well-known) activists/speakers/leaders from the U.S. left/liberal/progressive section of the political spectrum, both past and present. 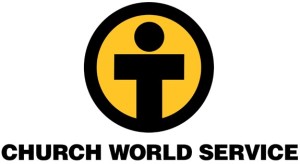 As you may  know SC SB 20 is on the Governor’s desk awaiting signature. We’re asking her to veto this legislation. Please reach out to community leaders, businesses, local organizations, etc. and ask them to add their name to this letter.  I will add names as you send them to me.  Since Governor Haley is expected to sign this bill ASAP, please send names/organizations by close of business Monday, June 27 so that we can get this letter to her quickly.