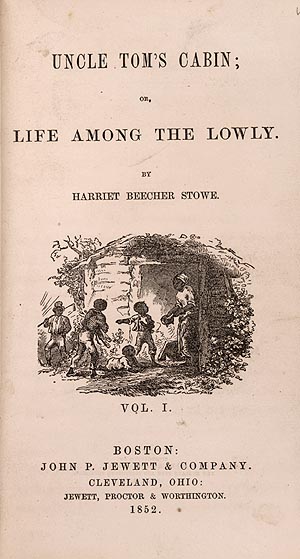 The Uncle Tom’s Cabin  reading marathon will be held on April 12 beginning at 8:00 am at the The Modjeska Monteith Simkins House at 2025 Marion Street in Columbia and will run until the entire novel has been read.

The event is being held on April 12th  in response to the many Civil War “commemorations” going on across the South and nation this year. April 12th is  the 150th anniversary of the start-up date of the Civil War.   The date is also significant in that the Confederate flag was first placed atop the SC Statehouse dome in 1962 during the centennial observances of the Civil War.

Since many of those commemorating and celebrating the “Lost Cause” want to write African enslavement out as a core reason for the war, many of us feel that it’s important to set the record straight in a historically connected way.

We want to tell the enslaved Africans and abolitionists’ side of the story.

Why This Book?  When Abraham Lincoln met the Harriet Beecher Stowe in 1862 he is said to have remarked, “So you’re the little woman who wrote the book that started this great war.”

Though slave narratives were immensely popular, Stowe’s Uncle Tom’s Cabin reached the broadest audience prior to the Civil War.  Stowe’s anti-slavery message was less threatening to white audiences than were ex-enslaved Africans.

Uncle Tom’s Cabin had a tremendous impact.  Most blacks responded positively to Uncle Tom’s Cabin. Frederick Douglass was a friend of Stowe’s; she had consulted him on some sections of the book, and he praised the book in his writings.  Most black abolitionists saw it as a tremendous help to their cause.  Some opposed the book, seeing Uncle Tom’s character as being too submissive and criticized Stowe for having her strongest black characters emigrate to Liberia.

The character Uncle Tom is an enslaved African who retains his integrity and refuses to betray his fellow slaves at the cost of his life.  His firm Christian principles in the face of his brutal treatment made him a hero to whites.  In contrast, his tormenter Simon Legree, the Northern slave-dealer turned plantation owner, enraged them with his cruelty. Stowe convinced readers that the institution of slavery itself was evil, because it supported people like Legree and enslaved people like Uncle Tom. Because of her work, thousands rallied to the anti-slavery cause.

Only 5,000 copies of the first edition were printed. They were sold in two days. By the end of the first year, 300,000 copies had been sold in America alone; in England 200,000 copies were sold.  Southerners were outraged, and declared the work to be criminal, slanderous, and utterly false. A bookseller in Mobile, Alabama, was forced out of town for selling copies. Stowe received threatening letters and a package containing the dismembered ear of a black person. Southerners also reacted by writing their own novels depicting the happy lives of slaves, and often contrasted them with the miserable existences of Northern white workers.

Individual participants will read for 10 minutes. Slots are filling up but we are still asking fraternities and sororities, high school and college english classes, churches, social groups, politicians, theater people, kids, etc., to get involved.

The event is being sponsored by the Harriet Tubman Freedom House Project, the Columbia Meeting of the Religious Society of Friends (Quakers) and the South Carolina Progressive Network.