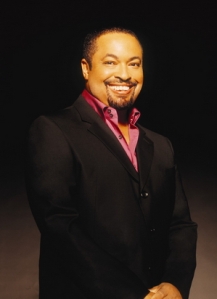 E. Lynn Harris, a bestselling author of popular black fiction who shattered barriers by writing about gay characters in novels such as “Invisible Life” and “Just As I Am: A Novel,” died Thursday night at Cedars-Sinai Medical Center in Los Angeles.

Laura Gilmore, Harris’ publicist says Harris died Thursday night after falling sick while at the Peninsula Hotel in Beverly Hills. The cause of death has not been determined.

And This Too Shall Pass | E. Lynn Harris

Harris was a resounding voice in the literary world. His first novel, “Invisible Life,” told the story of a law student torn between feelings for his girlfriend and another man.  In an interview  Harris said the book was about him. “I always try to write about what’s going on in my life,” he said. “It’s difficult for a lot of Black men to be honest about [their sexuality],” Harris said in an interview. “I’m fortunate enough to have a career where I can be who I am and I don’t have to lie about it.”