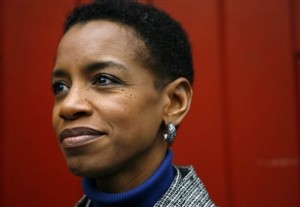 Representative Donna Edwards (Maryland) provides a look into the Congressional Progressive Caucus and urges progressives to speak up and challenge the Obama presidency to deliver innovative and powerful legislation. Edwards discussed the state of the presidency at the “Obama @ 100: A Progress Report from The Nation” forum April 22 in Washington, DC.

Edwards believes the president is taking the U.S.  in the wrong direction in Afghanistan. She argues that Obama has no plan for winning and no strategy for getting out.
Congress “failed” its responsibility to challenge George Bush ‘s policies in Iraq, Edwards said in an interview. “And we can’t make that mistake with President Obama.” 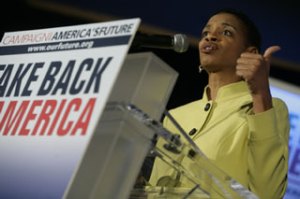 Edwards discusses her background and the current political climate in Maryland, her home state, and on Capitol Hill.  [CSPAN December 10, 2008]