Amy Tan | Where does creativity hide? 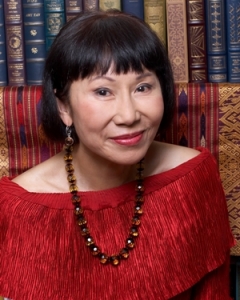 Amy Tan, born in the U.S. to immigrant parents from China, rejected her mother’s expectations that she become a doctor and concert pianist. She chose to write fiction instead. Her novels include The Joy Luck Club, The Kitchen God’s Wife, The Hundred Secret Senses, The Bonesetter’s Daughter, and Saving Fish from Drowning, all New York Times bestsellers and the recipient of various awards. She also is the author of a memoir, The Opposite of Fate, two children’s books, The Moon Lady and Sagwa, The Chinese Siamese Cat and numerous articles for magazines, including The New Yorker, Harper’s Bazaar, and National Geographic. Her work has been translated into 35 languages, from Spanish, French, and Finnish to Chinese, Arabic, and Hebrew. 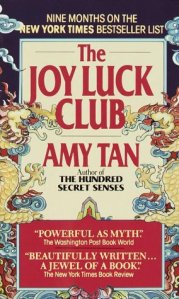 Tan served as co-producer and co-screenwriter with Ron Bass for the film adaptation of The Joy Luck Club. She was the Creative Consultant for Sagwa, the Emmy-nominated PBS television series for children, which has aired worldwide, including in the UK, Latin America, Hong Kong, China, Taiwan, and Singapore. Her story in the New Yorker, “Immortal Heart,” was performed on stages throughout the US and in France. Her essays and stories are found in hundreds of anthologies and textbooks, and they are assigned as “required reading” in many high schools and universities. She appeared as herself in the animated series “The Simpsons.” She performed as narrator with the San Francisco Symphony and the Hollywood Bowl Orchestra playing an original score for “Sagwa” by composer Nathan Wang.

Tan has lectured internationally at universities, including Stanford, Oxford, Jagellonium, Beijing, and Georgetown both in Washington, DC and Doha, Qatar. The National Endowment for the Arts chose The Joy Luck Club for its 2007 “Big Read” program. Ms Tan also served as the Literary Editor for the Los Angeles Times magazine, West.

In this Feb. 2008 presentation for TED [Technology, Entertainment, Design] – Tan digs deep into the creative process, journeying through her childhood and family history and into the worlds of physics and chance, looking for hints of where her own creativity comes from.